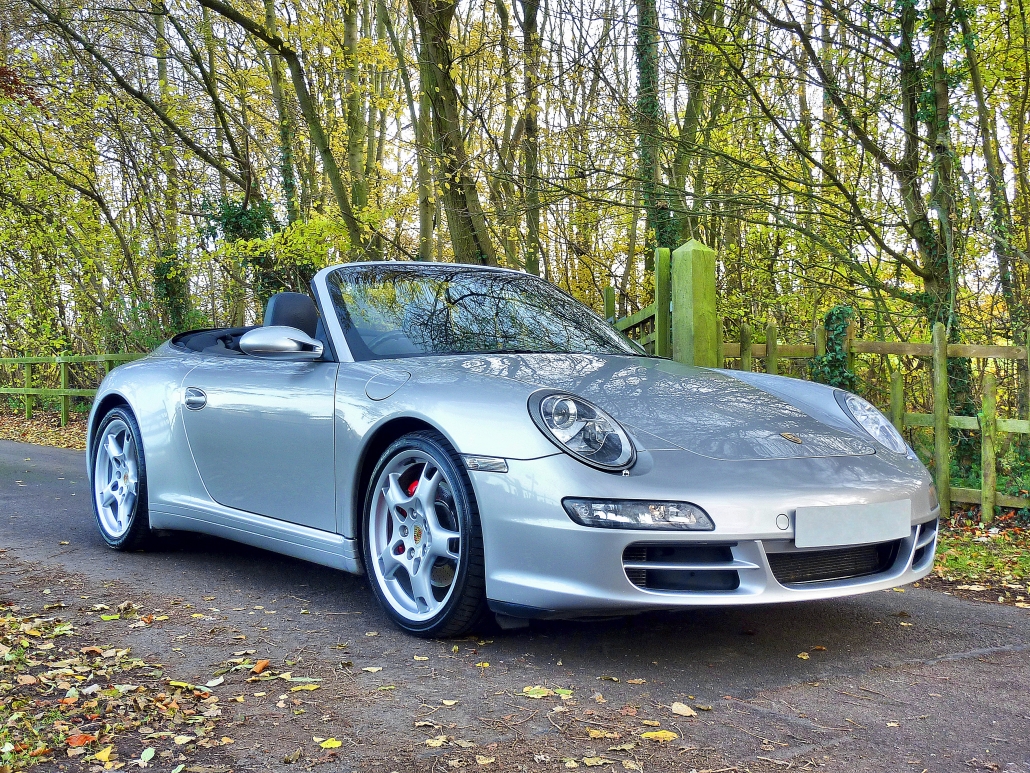 There’s nothing quite like cruising down the road in a convertible, especially when it’s a Porsche 911. The performance is unrivaled, allowing you to feel the power from behind the wheel. There are some incredible convertible models hitting the market, allowing you to see what each one has to offer.

The Porsche 911 Carrera is a coupe with both an S and 4S trim level for you to explore. The drop-top Cabriolet body style helps the sporty convertible to stand out on the road. The starting MSRP for 2020 is $110,200. You can also add a variety of packages for the ultimate level of customization. This is considered the non-S Carrera, a less expensive option to the S and 4S. Additionally, production only just took place in the fourth quarter of 2019.

The base-level Carrera is being welcomed to the lineup only eight months after debuting the eight-generation 911. The 2020 base Carrera has a lot to offer, with a 3.0-liter turbocharged engine that delivers up to 379 horsepower.

The base-level Porsche 911 first debuted at the 2018 LA Auto Show, showing that the German manufacturer could offer a base-model convertible for the world to fall in love with.

The Porsche 911 Carrera 4 Cabriolet is the upgraded version of the base model. You can look for a maximum power of 379 hp. additionally, the top track speed is around 179 mph. With a 96.5 inch wheelbase, you can make sure to handle turns easily.

This popular Cabriolet was also upgraded in 2020 with an all-wheel drive. You can also enjoy Active Suspension Management, allowing you to select normal and sport modes.

The Porsche 911 Carrera S Cabriolet takes the 4 to the next level, offering 443 hp and the top track speed of 190 mph. It offers the same height, width, length, and wheelbase. The main differences have to do with the engine and transmission. You can also look forward to the Sport Chrono package, enhancing the 0 to 60 mile-per-hour time. The weight is a little heavier than other sports cars, but cleverly programmed shift at a peak torque will compensate for that. You can also make a few upgrades with such things as rear-axle steering, active anti-roll bars, and a Sport package.

The Porsche 911 Carrera GTS Cabriolet knows how to make you smile due to the performance. It’s a more powerful version of the 3-liter turbocharged flat-six engine – and it got a bit of an upgrade over the prior year, now offering 460 hp.

A six-speed manual gearbox and an optional dual-clutch seven-speed automatic transmission are available, allowing you to decide which one you want. These should be hitting dealerships around the spring of 2020, allowing you to hit the road just before you’ll want to open up the top and feel the wind in your hair.

There’s the 911 Targa 4 and 4S convertibles that shouldn’t be forgotten. While the 4 is capable of 370 hp, the 4S is capable of 420 hp. They’re both available in a manual and PDK (Automatic) form so that you can choose what works for you when you’re behind the wheel.

The 2020 model debuted at the 2020 Geneva Auto Show in March 2019. Additionally, it was spotted in Sweden doing some cold-weather testing. While it’s unlikely that you’ll want the top removed in the colder weather, you can rest easy knowing that the performance is flawless regardless of what the temperature is outside.

The 2020 designs don’t have much new over the 2019 ones. However, there are a few additions, including some ultra-small openings on the grilles as well as a few more tech-savvy features throughout the interior.

The Turbo Cabriolet shows that it is capable of some impressive horsepower, offering up 540 hp of maximum power. With the Sport Chrono package, you can also look forward to a 3-second 0-60 mph time.

This next-generation convertible knows how to handle itself on the road, and various sightings have been seen in Germany as it continues to test before it hits the market during the early part of 2020.

The sporty Speedster is an impressive supercar with a starting MSRP of $175,000. It debuted in 2018 when it was still in concept form. It’s the last year that Porsche Motorsport will be making the 911 Speedster, and it will be in limited production.

While it’s based on the 991 Carrera 4 Cabriolet, it has a few unique things to offer. To start with, it’s about 200 pounds lighter. The front and rear fascias were produced out of polyurethane to keep the weight down. The suspension mirrors the GT3. Plus, the rear-wheel steering system offers unique tuning. An optional heritage Design is also available, with a silver and white two-tone paint and a Porsche decal that runs along the side of the convertible.

The Porsche 911 Coupe and Cabriolet models are already available to order at local Porsche dealerships. You can anticipate deliveries in the first quarter of 2020 and through the rest of the year. With several models considered hot commodities, those who have their heart set on a particular Porsche should get their order in with a dealership sooner rather than later.

So many features translate to all of the Porsche 911 convertibles, including vibrant exterior colors, an impressive security system, and plenty of safety features. You can also look forward to premium upholstery, a state-of-the-art sound system, and so much more. It allows you to enjoy comfort and style as you’re cruising down the road.

Regardless of which 911 convertible you choose, what packages and add-ons you load, and what color you decide on, you’re going to get an incredible sports car capable of an impressive amount of performance.

The Porsche 911 is known for being elegant and sleek. Preserve the car’s natural beauty with Sliplo’s Universal Skid Plates to protect against unsightly underside scrapes.

no thanks, i'm good